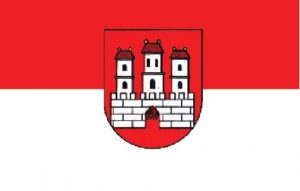 To be honest, I didn’t know where Bratislava was until I went there.

The capital of Slovakia, with neighbours Prague, Vienna and Budapest within spitting distance, it’s perched on a hill beneath the small Carpathian Mountains and on the banks of the mighty Danube River. Until 1919, it was known as Pressburg and was part of Hungary.

One of the most compact, picturesque and easy cities in Eastern Europe, its Old Town is Medieval, Gothic and Hapsburg. There are gorgeous streets lined with lovely buildings and a huge, imposing Baroque castle, once the seat of the kings of Hungary, overlooking the river. 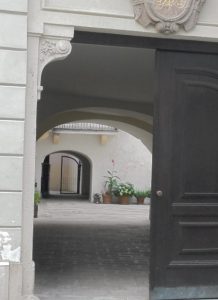 Bratislava, with its population of under half a million, has been Slovakia’s capital since 1993, when Czechoslovakia split into the Czech Republic, headed by the more touristic and expensive Prague, and Slovakia. It has an uninterrupted feeling of time and place. With some streets restricted to buildings not more than five storeys high, it is an open, airy city.

When it was part of the Austro-Hungarian Empire, everybody of worth had a base there and royalty frequented it as they loved the local wine – the surrounding hills are draped with vineyards – and the craft beers.

From the Old Town lined with elegant 18th Century buildings, it expands outwards to where some fascinating old Communist buildings still stand. There are several tours of the city’s Communist past (in a Skoda car!) and Iron Curtain bike tours to the former border zone with Austria.

The Old Town, which is pedestrianised, is full of cafes and ice-cream-sellers, clubs and street musicians. Musicians like Mozart, Haydn and Beethoven held concerts here. In the evening it seems the whole of Bratislava does ‘passagiato’ and strolls out in Old Town with their loved ones. 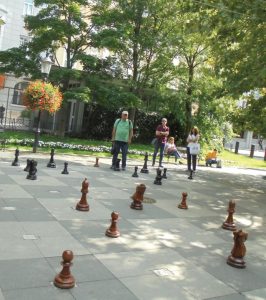 Things to do include the primate and presidential palaces, the art nouveau ‘Blue Church’, the ruined Devin castle, Michael’s Gate and the 14th Century city gate and St Martin’s Cathedral as well as many beautiful squares, museums, churches, theatres, statues, memorials. Bratislava isn’t big and can be explored in a couple of days.

Save a visit to The UFO tower, a showcase radio tower built by the Communists in the 70s, for a final treat. It’s the seventh largest hanging bridge in the world and its name comes from its UFO-shaped cupola.

It’s an easy walk across the New Bridge and there’s a lift to help you up the 95m where there’s a restaurant and the view is wonderful. (Tables need to be booked. The entrance fee for the Tower is 7.40 euro but you don’t pay if you’re eating there.)

My mission to go to Bratislava was for a wedding and I am so pleased to have discovered this place! Tourism is relatively unobtrusive at the moment but will undoubtably grow to crush out some of its charm.