31st January 2020 by Editor in Letter from Abroad 0 Comments
0
Be brave and explore!
The Irishman 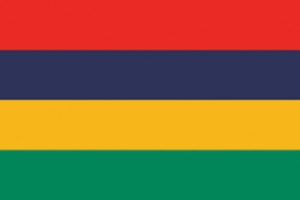 Mauritius stands out, all on its own in the Indian Ocean, right of Madagascar, a whisker inside the Tropic of Capricorn, 1500 miles from Africa with Seychelles to the north and the Antarctic below.

It has a dreamy beauty of volcanic mountain peaks, tropical shrubs, coral reefs, flares of colours from bougainvillaea, poinsettias, azaleas, jacarandas and hibiscus and 58 of the whitest, cleanest beaches in the world. 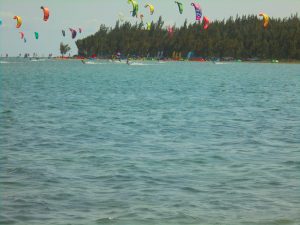 It’s 40 miles by 30 miles and was uninhabited until about 350 years ago when the dodo ruled. Then colonisation happened and trade boomed in sugar, salt, rum and vanilla. Charles Darwin visited the island in the 1830s, Baudelaire effectively jumped ship there in 1841, Joseph Conrad wrote about it and the developing sugar barons built many elaborate estates, ‘domaines’, many of them still standing and converted into hotels or restaurants. The dodo is long-since extinct and the main industry now is tourism, although you’d never know it.

This Commonwealth island has a population of 1,269,668, friendly, generous, unaffected Europeans, Indians, Chinese, Africans and 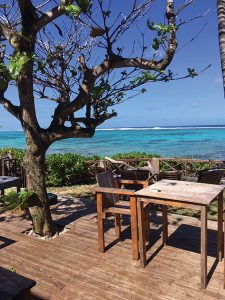 Creoles. Somehow they’ve managed to keep tourists in what the locals call ”gulags” where tourists stay at wonderful spa resorts along the coast and lie around in a state of bliss. We found a glorious strip of empty beach flanked by casuarina trees between two “gulags”. One was Russian from where they were riding along the shore on hired horses; another seemed all French with everybody wind-surfing on the bay. In our deckchairs in the balmy breeze, reading the Sunday newspapers, we felt almost alone in paradise.

Mauritius’ capital is Port Louis, a palm-lined port with a pretty but modern waterfront. It has a business centre, quaint old original houses and the general buzz of a hot country city. 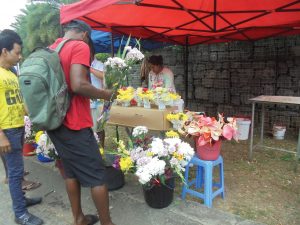 In nearby Pamplemousses (means ‘grapefruit’), between Port Louis and gorgeous Grand Baie, is one of the world’s finest botanical gardens. Once an 18th Century vegetable garden for a French dignitary, it has plants to stun as well as creatures like the giant Aldabra tortoises, birds like parrots and the crimson-hued fody flown over from Madagascar. It also has tours on the history of sugar and rum-tasting tours.

The romantic story of Paul et Virginie, immortalised worldwide in plays, music and films, was born in Pamplemousses and is still remembered there. 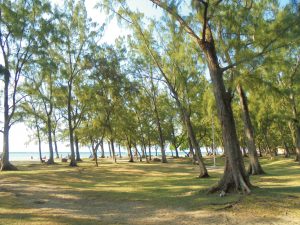 Another centre is Curepipe. Mark Twain said it always rains in Curepipe. High up in the Plaines it’s cool and drizzly and dubbed the City of Light because of the strange glow about it. Mahebourg is a town with a working sugar mill and a tiny speck in the bay called Iles aux Aigrettes, filled with ancient flora and fauna. In Anse la Raie there’s a huge lagoon of crystal water with watersports. The small volcanic island of Rodgrigues is a dependent and a short flight away to the east.

But it’s the exotic lost-world interior of Mauritius, between the villages and towns, that lures you in deeper with its gorges, forests, lakes, mountains, waterfalls and emerald green valleys.

It would be easy to let time slip by in this Indian Ocean Eden… eating seafood, drinking rum, hanging out at the beach or in the mountains. It’s just a pity it’s all so far away!