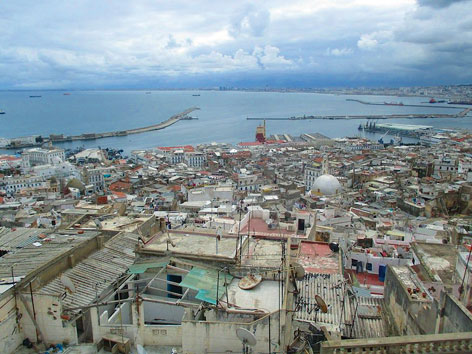 Algiers is a wonderfully faded city with endless charm …. cosmopolitan, slumbering and elegant would be the words I’d use to describe the place.

With its brilliant light and known as north Africa’s “white lady”, it’s an exotic colonial city with a mixture of Parisian boulevards, mosques, an Ottoman casbah clinging to the steep hill, and bits of lavish baroque like the Grande Post Office, a magnificent wedding cake affair which opened in 1910.

Well-to-do Victorians loved wintering in Algiers with its moderate climate. I went there because Nelson Mandela received his first military training there, Karl Marx was there for 72 days to clear his congested lungs and Algerian-born French philosopher and novelist Albert Camus went to university there and talked about it with love. 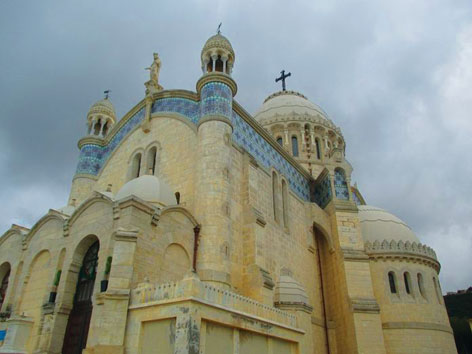 Once a Phoenician outpost, then Roman, then Berber, occupied by Spaniards, ruled by the Ottomans, bombarded by a British squadron in 1816, invaded by France in 1830, Algiers used to be the capital of French Algeria. In the 1950s, there was the Algeria War between France and Algeria with the bitter Battle of Algiers and in 1962 Algeria finally got its independence back. Then there was a civil war in the 1990s. But it all seems very calm now. Slumbering.

Algiers has weathered a very violent past but do not be put off – it’s a town with almost no tourists, so much to see, great food and friendly people, old men in jellabiyas, kids with Mohican haircuts, gorgeous dark-eyed girls in jeans, sparkly bling, and scarves. We spent a long weekend there, staying in the centre of old town in the inexpensive *** Albert 1er hotel (hotelalbert1­@hotmail.com), built at the end of the 19th Century, with gracious cast-iron balconies overlooking the city’s public gardens in Place Audin, and views right down to the port. By day life is busy; by night it’s even busier as the musicians come out and play, families eat, drink mint tea and smoke in pavement cafes and everybody enjoys the cool of the evening. Street food like falafel and kebab is delicious and cheap and Algerian wine is excellent. 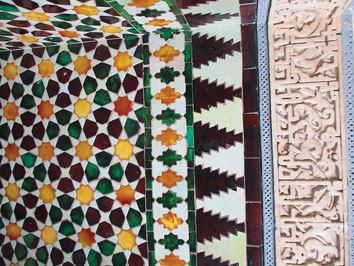 You absolutely must visit the Casbah, a warren of densely populated, steep, tangled alleys and now a Unesco world heritage sight. People always say if you get lost in the Casbah look for the sea and head downhill.

Also, visit the beautiful neo-Byzantine Notre Dame d’Afrique cathedral built by settlers in 1872 with its black virgin and inscription: “Our lady of Africa, pray for us and the Muslims”. Then there’s the Great Mosque of Algiers, one of the few remaining examples of Almoravid architecture, the Ketchaoua Mosque was a cathedral in the 1960s and the modern three-legged Martyrs’ Monument they call their Eiffel Tower because it can be seen for miles around.

Algiers is the biggest port on the Mediterranean’s north African coast, a port busy with ferries to and from the other side of the Mediterranean and there’s an excitement about it. Trawlers and tankers bob on the swing of the sea, waiting to enter, to deliver and carry away what produce? And oil. 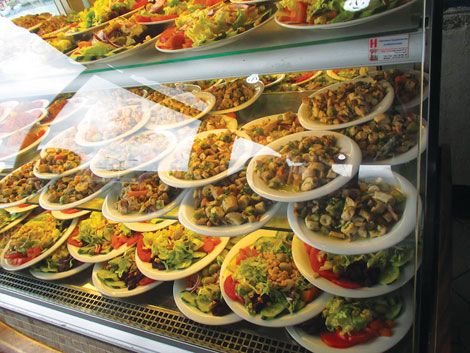 Relax at the smartest hotel, El Djazair (hoteldjazair.dz), mainly called by its former title the St George, and take tea with a sticky honey and almond cake (kalb ellouse) overlooking their exotic gardens. Or chill with a cocktail on the roof of Hotel El-Aurassi (www.el-aurassi.com) as the sun goes down.

Just beyond Algiers are deserts, mountains, and dramatic coastlines. The coastal town to the west, Tipaza, has great fish restaurants. En route is an extraordinary 1st Century BC Mausoleum of Mauritania with 60 ionic columns around it. Cherchell, the former capital of Mauritania, is littered with ancient monuments and there are loads of interesting museums everywhere. 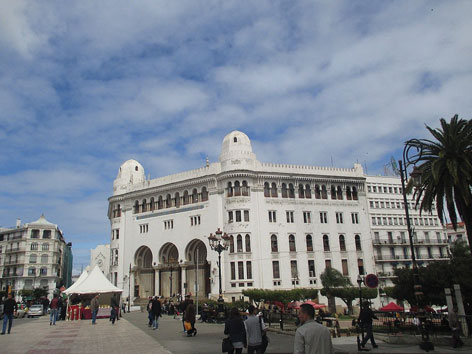 So much to do or just sit back in the beautiful gardens at Jardin d’essai du Hamma and smell the mimosa, the bougainvillea, the roses, the spices, the coffee, the oranges, and lemons and know that a meal of grilled mutton or grilled sardines is awaiting you somewhere nearby.

Footnote: Tourism is not at all developed in Algeria. Even finding a map of Algiers was difficult. Get the travel guide before you go. Changing money is hell and has to be done, if not in hotels, in rare ATM machines that might not work. You can’t get it at the airport so make a plan about finances. Credit cards are only taken in smarter places.

Most non-Algerians need visas (costs £85). See www.algerian-consulate.org.uk. BA flies there direct from £260 return; others (with stops) are cheaper. Explore (www.explore.co.uk) and Viator (www.viator.com) have trips to Algiers.