A Private Viewing of “Bust Up”

It was a treat to be invited to a private view of “Bust Up” celebrating the launch of a seven bra exhibition for the countdown to the 21st MOONWALK LONDON. The event was held at The Lightbox in Woking, most of the extravagantly designed and decorated bras having a connection with Woking, which has been home of Walk the Walk since 1998. 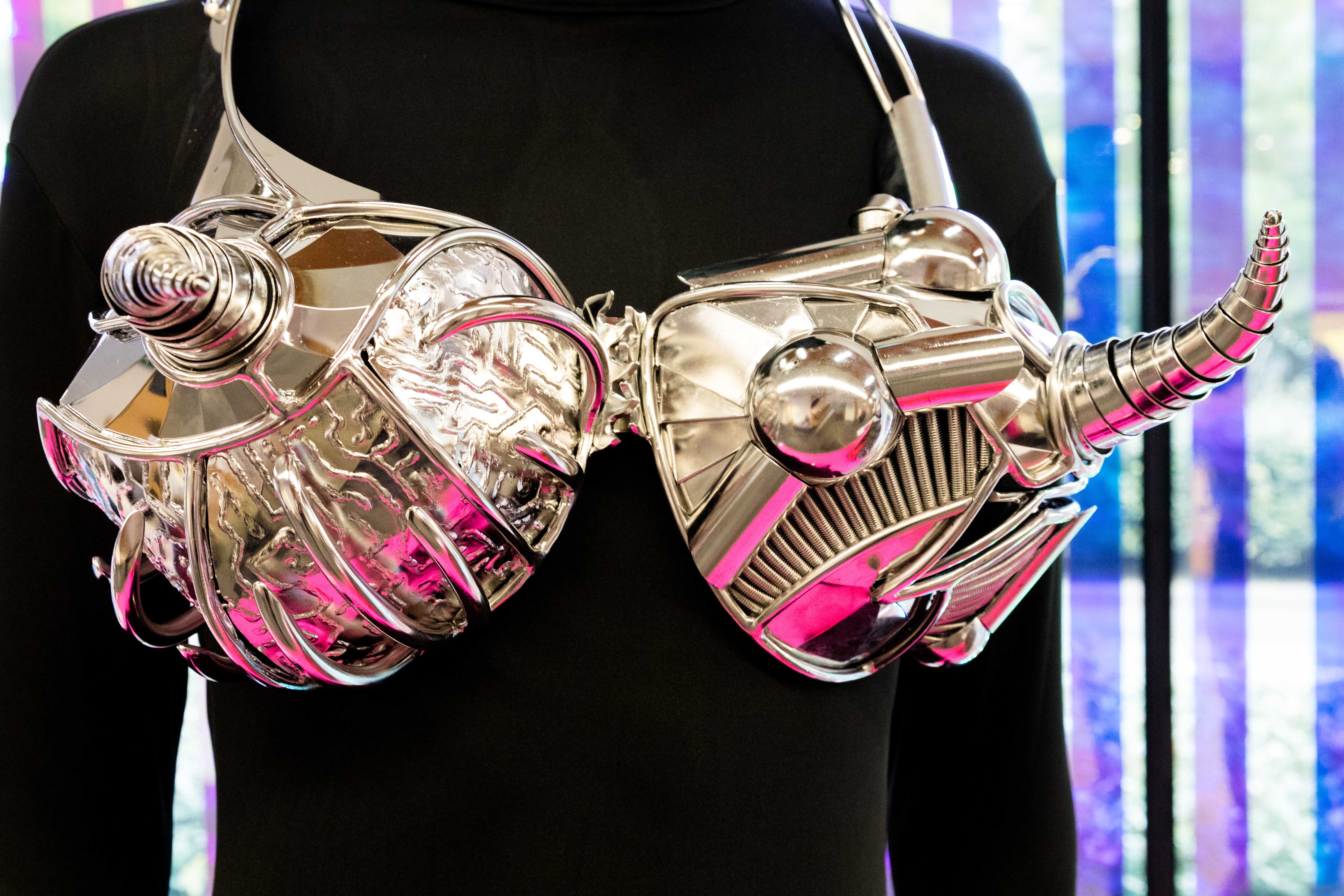 The seven bras were amazing.

Formula 1 designed bra created by McLaren based in Woking.

HG Wells ‘War of the World’s bra created by sculptor Michael Condron, creator of The Martian, an iconic local landmark.

The Wonderbra created by HanesBrands, a leading lingerie company with HQ in Woking. 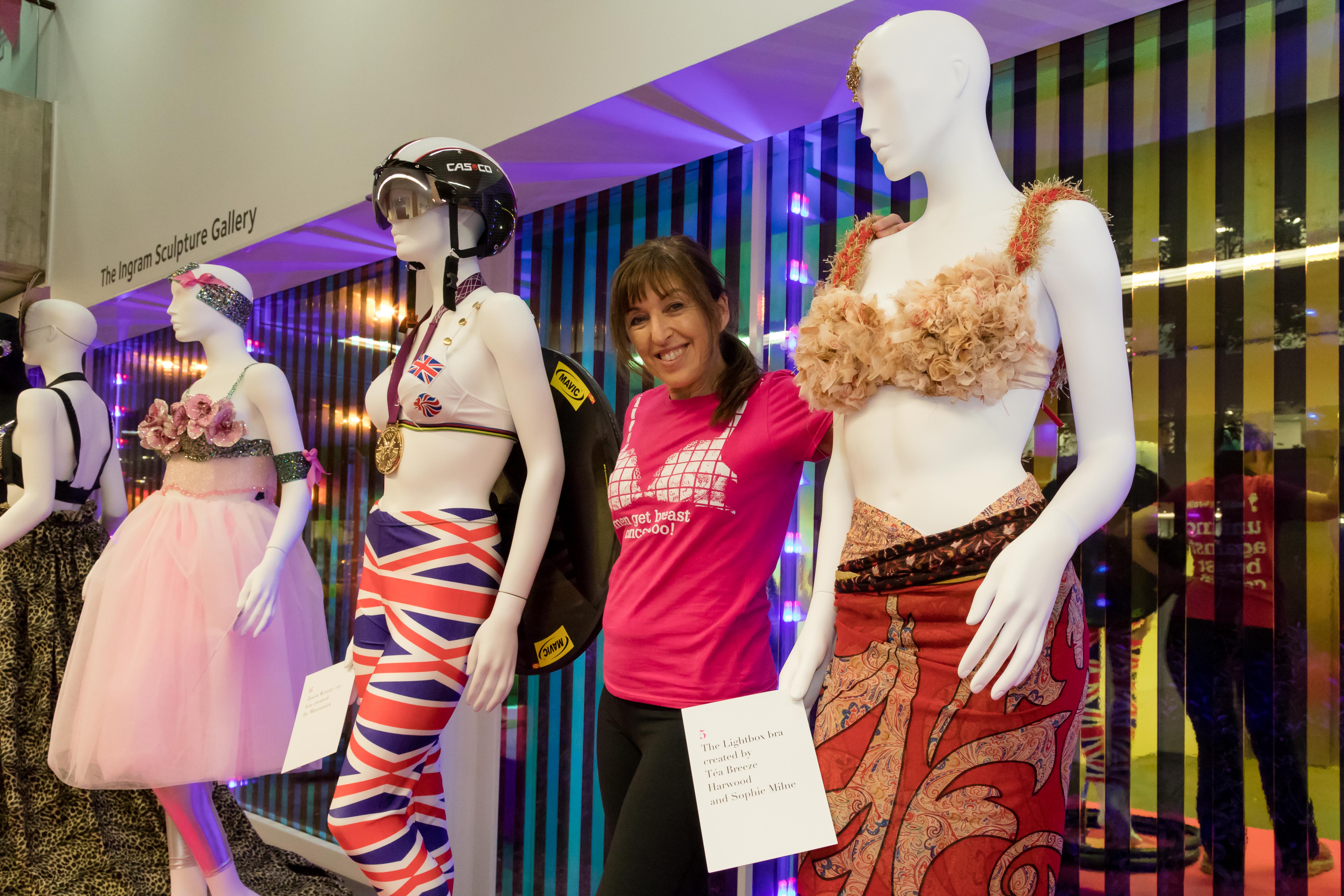 Jason Kenny OBE bra created by Meccanica, makers of classic British clothing with a contemporary twist, and supporters of Walk the Walk.

Rock n Roll bra created by Jeff Banks CBE based on a photograph of Eric Clapton in his home music room on Woking in front of a bank of guitars. 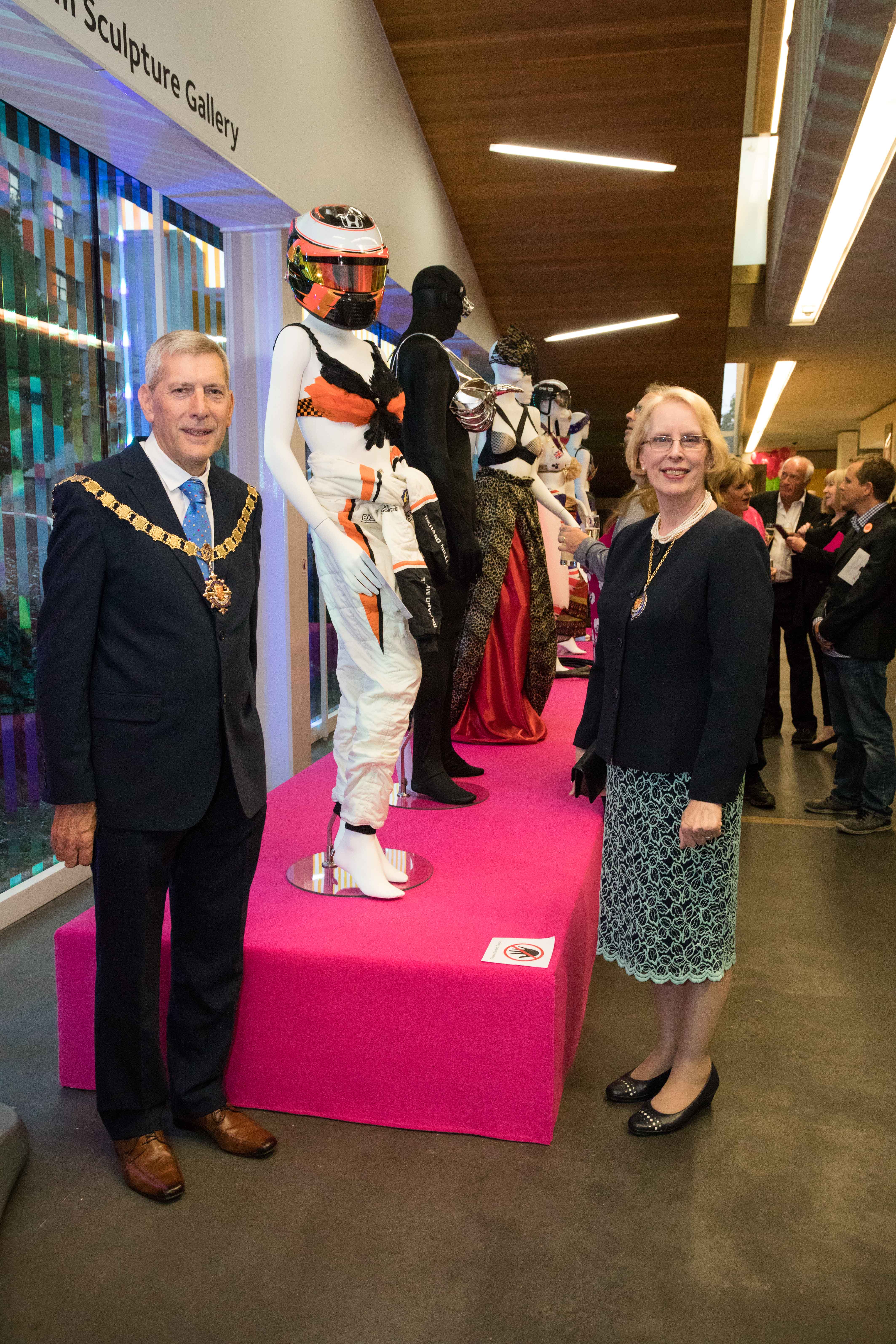 Peter Hall, curator of The Lightbox – a gallery, museum & exhibition space – began the speeches together with the Mayor of Woking. Nina Barough CBE, Founder and Chief Exec of Walk the Walk Worldwide, was enthusiastically welcomed before a short film about the history of Walk the Walk and the number of different organisations which have benefited from grants made possible by the £121 million raised by Nina’s early vision in 1996 of Walk the Walk.

The message that men also get breast cancer was supported by men wearing special pink T-shirts on the evening. They were all survivors of breast cancer meeting for the first time.

To sign up for The MoonWalk London 2018, go to www.walkthewalk.org