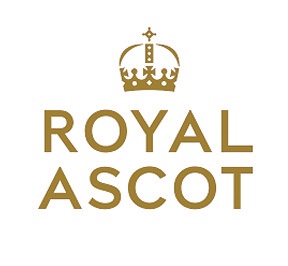 After another successful Royal Ascot this year, it is important to examine one of the reasons for the appeal of this annual event, which has been the highlight of the Season for so long. It is its history and traditions which add meaning to its magnificence. It was begun by Queen Anne and the first race took place in 1711. She was fond of riding and enjoyed racing despite her physical incapacities.

Subsequently several monarchs have been keen patrons of the Turf. George IV loved the conviviality involved in the sport on which he squandered a fortune. Edward VII was renowned for his enthusiasms which included racing. He continued to attend after the death of Albert much to the disapproval of Queen Victoria and, when King, made entrance to the Royal Enclosure dependent on being presented at Court.

H.M. The Queen’s fondness for Royal Ascot is legendary, her enthusiasm for equine matters is famous and she has had 23 wins there. Her joy when her horse, Estimate, won the prestigious Gold Cup in 2013 was unforgettable. The royal procession up the Straight Mile from Windsor Castle has been a much loved feature of the Royal Meeting since 1825.

Royal Ascot is also a fascinating mirror of the social changes of the last 300 years. It was only in 1955 that divorcees were permitted to enter the Royal Enclosure. It was the most famous dandy of all, Beau Brummel, who drew up the first dress code for the Enclosure. It was tightened recently to exclude fascinators and ensure sartorial standards are upheld. This has been highly successful. The Royal Meeting has always been a highly significant showcase for the fashion industry and nowhere else is remotely comparable. It also receives substantial coverage in the national and overseas press.

It was, until the last decade, an event where mainly British horses participated, now the racing is truly international and it is also Europe’s largest race meeting. Horses such as the unbeaten Frankel, Fisherman, in the 19th Century, Yeats, who won the Gold Cup four times in succession, and Brown Jack are part of legend.

Lester Piggott is the most famous of Ascot’s jockeys and a statue of him was unveiled by the Queen during this year’s Royal Meeting. Frankie Dettori, famed for his “magnificent seven” clean sweep of all seven races on one day in 1996, Ryan Moore and the Victorian Fred Archer are among the others. The most famous trainer is Sir Henry Cecil who had a record 75 winners at Royal Ascot.

The Head of the Ascot Office is Her Majesty’s Representative who is responsible for admission. Invitations to the Royal Enclosure are coveted. A new member must be sponsored by two existing members and can now bring guests on all days but the Tuesday. Royal Ascot originally lasted four days and expanded to five in honour of the Queen’s Golden Jubilee in 2002.

Racing has always been a popular sport and around 300,000 attend the Royal Meeting annually. There are various enclosures with their own dress codes. The course underwent a £200 million redevelopment, being reopened by the Queen in 2006, and it can now compete with the world’s finest. The link with royalty. together with the skill of the landscaping, the stunningly beautiful vistas of the race course, the lavish floral decorations, the patriotic bunting and climactic singalong, the extraordinary variety of restaurants and bars and the sculptures, which often commemorate famous horses and jockeys …. give Royal Ascot a cachet that is truly unique.