Many people, when you mention Stockholm, think Abba or IKEA or possibly the Nobel Prize, Vikings or filmmaker Ingmar Bergman. 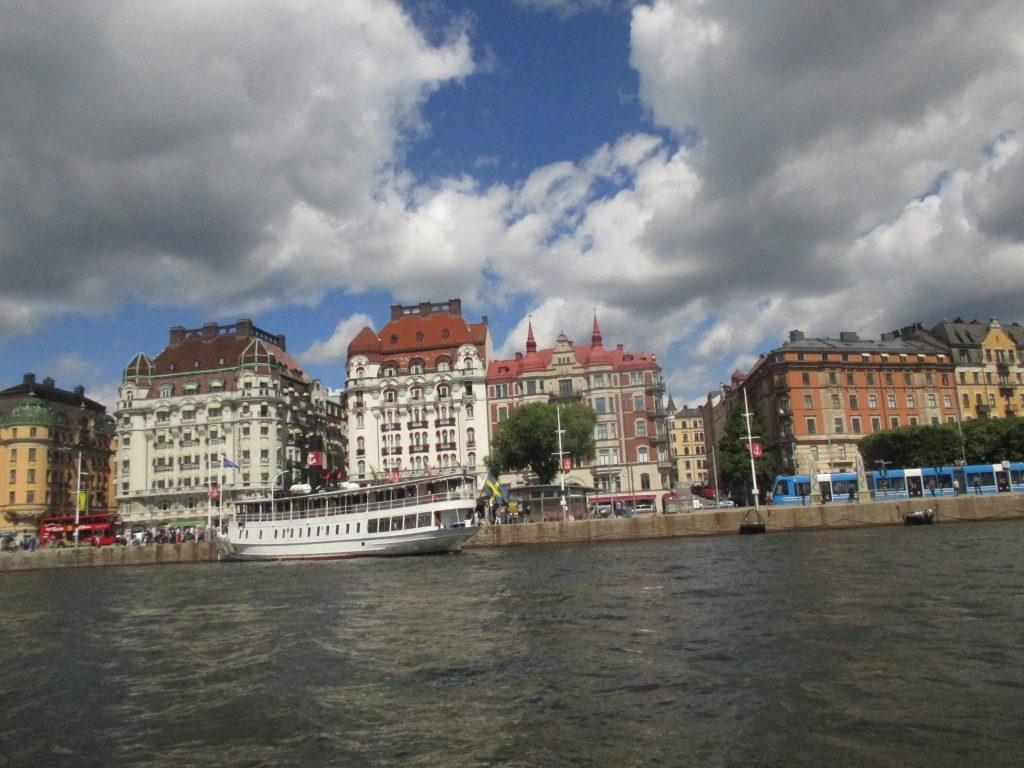 A fascinating and elegant port on the Baltic Sea, it is the capital of Sweden. Greta Garbo was born there and became a catalogue model in PUB department store, their equivalent of Harrods. At roughly the same time Lenin, on his way from exile in Switzerland to (then) Petrograd to change Russia’s politics forever, stopped in at PUB for some new clothes. In 1990, a large party of released Robben island politicians arrived from South Africa for their first international meeting in Stockholm.

It is that sort of interestingly ‘open’ place. A long way from anywhere, it has dazzlingly long sunny days in summer and eternally grey low skylines, winter darkness and snow up to ‘here’.

Built where Lake Malaren flows into the Baltic Sea, the archipelago covers pockets and strips of 14 green, often forested, islands, some with beaches, linked by 57 bridges. Ferries and sightseeing boats shuttle passengers along canals between the islands and when the lake freezes over people skate or walk across it.
It is a city of grand buildings with soaring windows (to catch the light) on tree-lined boulevards. Squeezed between north and south islands is Gamla Stan, the ancient old town, with narrow cobblestone streets and ochre and amber-coloured buildings going back to the 13th Century. 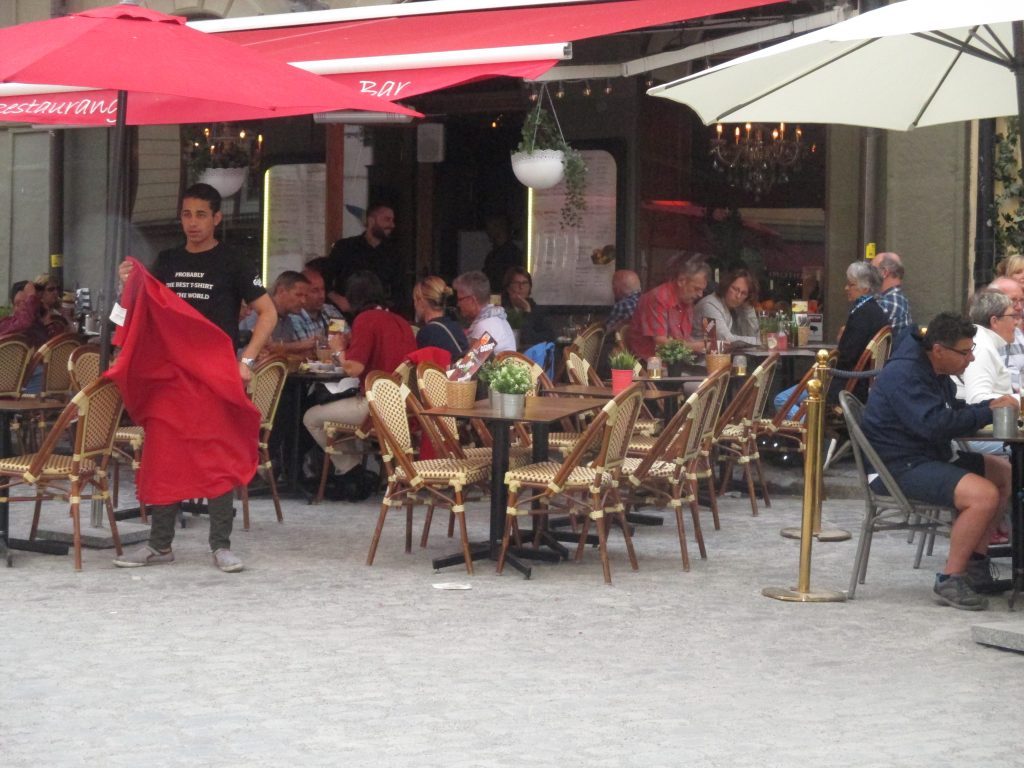 Very touristic in season, it still has its spice-and-saffron charm and the Royal Palace. (Sweden is a constitutional monarchy and the king is Carl XVI Gustav.) Beware of the Royal Guard marching up those tiny streets. I was quietly taking an interesting photo when the Royal Guard stormed up and whacked me firmly on the bum with a sword as they careened past in full gear. Could have been worse, I suppose. It’s a pity I didn’t take THAT picture!

The locals seem a quiet lot, tanned, tall, “fitting in” the Swedish way, cycling in town, jogging around the islands or doing their thing in their pretty painted little summer houses on elegant allotment plots.
It’s an expensive place to live and eating out is pricy but all the restaurants and cafes seem packed with locals so they must be doing alright. The oldest restaurant in Old Town is Den Gyldene Freden dating back to 1722 (www.gyldenefreden.se) and the most panoramic is Gondolen, suspended above the harbour (www.eriks.se). Both have fabulous food but take an empty credit card! 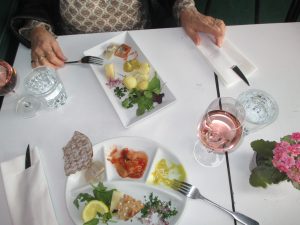 I reckon it’s a perfect place for a long weekend break. The flight from London is under three hours. There’s a train and bus into town and stacks of taxis driven by men dressed like courtiers from some forgotten royal kingdom.

When first there, take a hop-on hop-off red bus to get the feel of the place and a boat trip under the bridges to familiarise yourself with the islands. There are loads of great museums and galleries and the Tivoli Grona Lund funfair is something else. If you go for a ride on the very big wheel, you may as well drop into the neighbouring Abba Museum and have a boogie to their music on the museum’s dance floor.