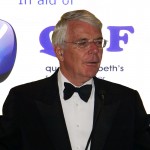 The DatebooK Ball was started in 1999 with the sole purpose of planning an event for people in the Special Events Industry. It is an evening for event managers, volunteers and those associated with the special event business.

The evening included a Taittinger Champagne reception with the Ballroom open for table viewing; a multi-course dinner – wine included – specially designed by Henry Brosi, The Dorchester’s Executive Chef; dancing to the well-known band STAR; and special entertainment… Each year a theme was chosen and each table’s decor was designed by a leading member of the Special Events Industry based on this theme. Themes have included Seasons; Classic Cinema Titles; Ports of Call; The London Underground; Board Games; Roads, Streets & Boulevards; West End & Broadway Musicals and Celebrations.

Over the last ten years, funds raised from this Ball, along with funds from an anonymous foundation, have assisted 97 students – from 1999 through 2001 students at Leeds Metropolitan University and after 2001, students in the School of Hospitality at Thames Valley University London. Financial grants have ranged from £500 to £2,500.